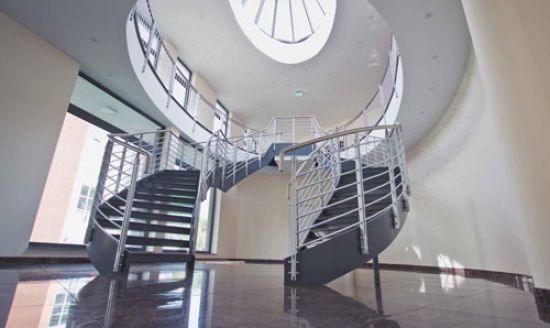 The Berlin-based company Baha Döner GmbH celebrated the opening of its new production site at Saatwinkler Damm 40 – 41 with numerous guests.

In addition to Ahmet Başer Şen, Consul General of the Republic of Turkey, the opening ceremony was attended by Özcan Mutlu, Member of Parliament from Alliance 90/The Greens; Dilek Kolat, Senator for Labour, Integration and Women’s Affairs in Berlin; Erol Özkaraca, Member of the Berlin House of Representatives; Suat Bakır, Secretary-General of the Turkish-German Chamber of Commerce; Nihat Sorgeç, founder and managing director of BWK Bildungswerk Kreuzberg; as well as representatives of Turkish associations, businesspeople and a large number of invited guests.

Friends and relatives of the Babur family from Berlin and other German cities as well as from Turkey were also present on this happy occasion.

Consul General Ahmet Başer Şen, who delivered a speech at the opening ceremony, expressed his delighted at being present at the opening of the new production site of Baha Döner GmbH. Consul General Şen said that the success of Turkish entrepreneurs in Germany filled him with pride. He congratulated the owner Hasan Babur on the magnificent production site that will be an asset to Berlin and wished the company continued success.

The Senator for Labour, Integration and Women’s Affairs in Berlin, Dilek Kolat, also expressed her great pleasure at the opening of the new production site of Baha Döner GmbH (baha food). Addressing Hasan Babur, she said, ‘What you have achieved here is extremely important for Berlin. Positive economic development in Berlin does not happen by itself. We owe it to the investments of courageous entrepreneurs like you.’

At the beginning of his speech, Hasan Babur, the owner of Baha Döner GmbH (baha food), expressed his pleasure at the great interest shown in the opening of the new production site and thanked all of those who had contributed to the success of the company. Hasan Babur said, ‘We at Baha Döner GmbH (baha food) will maintain our existing high quality and health standards in doner production at our new site. With the values ​​that we have brought from our homeland, our aim is to make a contribution to the economic, cultural and social development of the country in which we live and invest. We believe that we can look forward to a bright and successful future if we also create new values in this country in which we live and work.’

At the opening ceremony, Hasan Babur and his wife Nazan Babur cut the red ribbon together with the Berlin Senator for Labour, Integration and Women’s Affairs, Dilek Kolat.

Hasan Babur then took the guests on a tour of the production site and provided them with additional information.

Thanks to our choice products and more than 25 years of industry experience, we have evolved into one of the leading doner manufacturers. And to keep it that way, we stay true to our goals: to always be at the cutting edge, to keep an eye on the bigger picture, to pay attention to market trends, and to drive the company forwards. We aim to guarantee quality and deliver freshness.